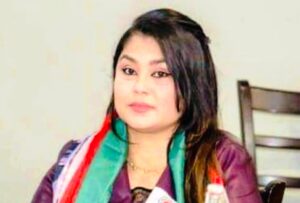 Dilara Jahan is a Bangladeshi Blogger, feminist, secular humanist activist. She has been starting blogging on 15 August 2017 at https://www.somewhereinblog.net/blog/dilarajahan. Her blogging name is Dilara Jahan.

Her View:
she feels privileged to be a woman. she understands her unspoken privileges of being a woman. When she first read the story of many women in Bangladesh who have been beaten multiple times by their husband’s she was flabbergasted. she acknowledge the fight and dedication of women before me who have strived to give her the freedom she has today. she has also become more knowledgeable about me and others.
she believes those who terrorize in the name of Islam, are defying our sacred religion to all mankind. Islam is the religion of peace. Hindus, Muslims, Christians, Buddhists in all religions but peace is spoken. Yet some people are hurting people in religious insanity. It is very painful for mankind.

Escaped from Certain death:
In November 2018 she went to Bangladesh from Australia to visit her ailing mother. On November 9, she went to visit someone at Mirpur with my younger brother. On her way back home when they reached the back of BRTA at Mirpur, 3 young men blocked our way and asked their identity. When she asked them why they were asking her identity, they said she looked familiar to them. When she introduced herself, one man asked me whether she lived in Australia and write on blogs or Facebook. As soon as she answered yes, one of them tried to hit her head with a native weapon but missed the target and instead hit her left arm. At that time, her younger brother started running with her. Being shocked at the incident, after running some distance she fell on the road and got hurt. Both of us then started screaming to save their lives. When some pedestrians came to them to rescue, the miscreants fled the scene. Then the pedestrians were admitted to a local hospital Al – Helal Specialised Hospital in Bangladesh. After taking primary treatment they went to the local police station for the security of our life. They recorded the matter as a general diary but declined to provide further security. The police blamed her for this attack and advised her not to write in the blog and return to Australia soon as possible.
After escaping certain death, that fear constantly haunts her. The situation is so desperate that she has to take regular psychiatric treatment as per the advice doctor (GP). Her routine has changed. She now feels afraid of posting anything on social media or blogs. 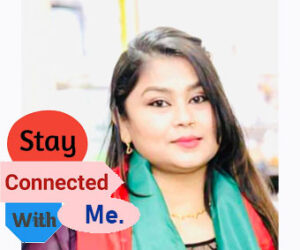